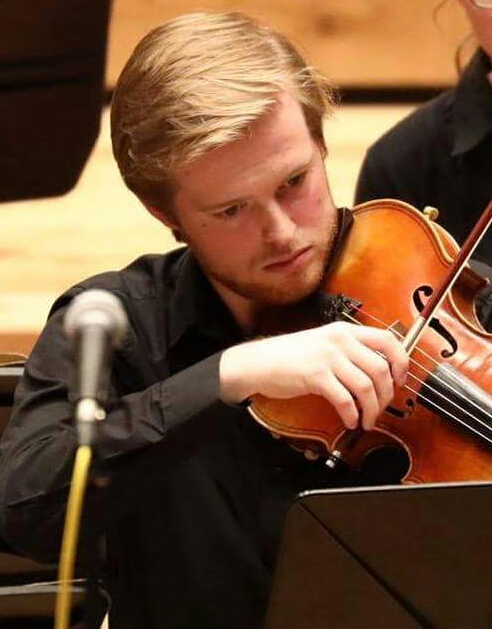 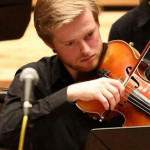 Peter is an undergraduate student at the Royal Birmingham Conservatoire, and studies the viola with Lucy Nolan. He started to take up the viola in 2013, when he was 16, while still playing the violin. He transferred completely to the viola a year later, having discovered he was more suited to its size and preferred its sound qualities.

Since he started at the Royal Birmingham Conservatoire in September 2016, Peter has had masterclasses with Thomas Riebel and Boguslawa Hubisz-Sielska, as well as a masterclass with Robin Ireland at one of his viola workshops. Peter has also been involved in a number of conservatoire orchestral projects; most notably, he was a part of the Opera Orchestra in the conservatoire’s 2017 production of Mozart’s ‘Marriage of Figaro’, as well as having played in the Repertoire Orchestra. Peter also helped in the 2017 Cecil Aronowitz Viola Competition, being one of the competitor assistants.

Outside of conservatoire life, Peter has been a part of CBSO Youth Orchestra since 2015, having played works such as Strauss’s Alpine Symphony and Rachmaninoff’s Symphony No. 2. He has also participated in a number of chamber music courses, including Pro Corda North, Pro Corda Senior, Cadenza, and Pro Corda Viola. He has had chamber coaching from many chamber musicians – within the conservatoire and from the external chamber music courses – including Christopher Jones (Gildas Quartet), Chris Murray (Heath Quartet), Robin Ireland, Ian Jewel, Rafael Todes (Allegri Quartet), and Peggy Nolan (Eblana String Trio).