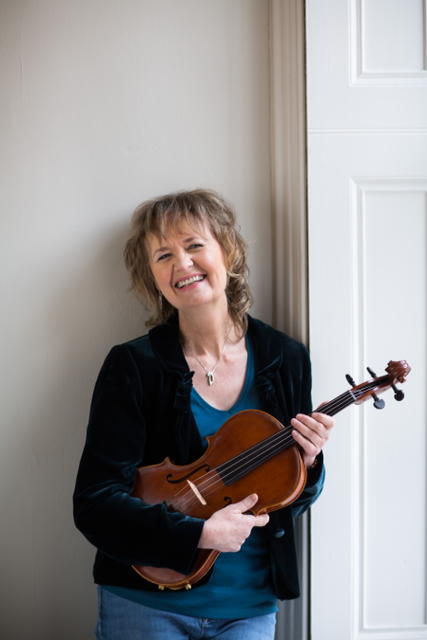 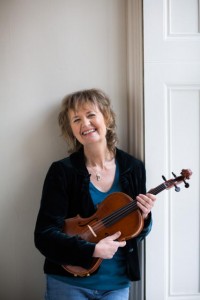 Sally was born in London. She studied violin and viola at the Royal Northern College of Music, Manchester, with Bronislaw Gimpel, Patrick Ireland and Atar Arad, before studying in Detmold with Bruno Giuranna. Her early career was spent as a chamber musician in London, playing with the London Sinfonietta, Academy of St Martin in the Fields, and the Raphael Ensemble, with whom she made four discs of string sextets. She was Principal Viola of the London Mozart Players and the Scottish Chamber Orchestra.

Although her professional playing centred around the viola, she was initially a pianist, and continues to perform regularly. She has performed with many well-known players, including Jurgen and Andrea Hess, Branford Marsalis; and Robert Irvine, with whom she has recorded most of her repertoire for cello and piano for the Swedish label BIS.

In 1990 she moved from London to Scotland with her young family to concentrate on composing, and since then her music has been performed and broadcast internationally. Her work embraces many influences; particularly jazz and Scottish traditional music.

She has written three viola concertos, for Philip Dukes, Lawrence Power, and Tabea Zimmermann. They are all available on CD.

Many of her chamber works feature the viola, including a sonata with piano, and there are several solo pieces which are performed regularly.

Beamish’s string quartet for the Elias Quartet, ‘Reed Stanzas’, received its premiere at the 2011 BBC Proms, and won a Royal Philharmonic Society Award.

In 2012 Beamish was BBC Radio 3 Composer of the Week. The five hour-long programmes of her music were repeated in 2015.

In 2015 her relationship with the Swedish label BIS continued, with a second disc of her symphonic music performed by the Royal Scottish National Orchestra, and National Youth Orchestra of Scotland, conducted by Martyn Brabbins, with soloists James Crabb, Branford Marsalis and Håkan Hardenberger. This received glowing reviews.

She is at present working with choreographer David Bintley on a ballet of Shakespeare’s The Tempest for Birmingham Royal Ballet; and also on a choral work, ‘A Shakespeare Masque’, for Ex Cathedra, with Poet Laureate Carol Ann Duffy; both to be premiered in 2016. Also this year, her concerto for piano and strings will be premiered by Ronald Brautigam with the Amsterdam Sinfonietta, Orchestra Filarmonica di Torino, L’Orchestre de Picardie and Norrlandsoperan SO.

Merula Perpetua, for viola and piano, will be premiered this year by Lise Berthauld and David Saudubray at the BBC Proms, and was a joint commission with the BBC and the RPS.

Sally Beamish plays on a Gaspar model viola made in 2014 by her daughter, Stephanie Irvine.

Her music is published by Edition Peters and Norsk Musikforlag.