A publication of the British Viola Society

The British Viola Society Journal is published annually.  It provides an opportunity to share research on the viola; assess the influence and styles of violists over time, and review new sheet music and other publications.

For 2014 we are delighted to provide access to the individual articles listed in the Contents page online.

Below you will find an introduction to each chapter, which gives a taste of the content. Click on the article to read the full document.

We wish to thank all the players and academics that have contributed articles.  Relevant biographies can be found in Chapter 8.

If you would prefer to read the journal as a paper copy, please contact us.

To read the Journal in a pdf version click here: Journal of the British Viola Society 2014.

The British Viola Society welcomes submissions of well-written articles that are interesting, informative, or entertaining on all aspects relevant to the viola including pedagogy, repertoire, biography, lutherie, history, etc.  Please contact us for submission deadlines.

Dr. Louise Lansdown writes about an exciting year for the British Viola Society.  As membership increases,  new initiatives have been taken to promote the viola, including the new 2014  Cecil Aronowitz International Viola Competition. READ MORE 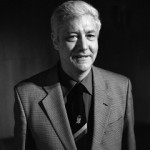 It was with great sadness that the Society and the Viola world received the news of the passing of John White, on 1st December 2013.  John founded the English Viola Society and enthusiastically supported its transition as it became the British Viola Society in 2012.  He remained the Society’s Honorary President up to his death. Michael Freyhan  and friends pay Tribute to John. READ MORE

Chapter 3. Cecil Aronowitz and his Legacy

In celebration of Cecil’s contribution to the Viola, Birmingham Conservatoire launched a new International Viola Competition in his name in 2014.  Open to young viola players up to the age of 21 from across the world, 14 talented young players have been invited to Birmingham for the semi-final and final rounds, taking place over the weekend of 25th to 26th October 2014.

Nicola Grunberg, Cecil’s widow, and a member of the Jury for the 2014 Cecil Aronowitz International Viola Competition reflects on Cecil’s life and her personal reminiscences. READ MORE

British violin and viola maker, Clifford Hoing lived and worked all his life in High Wycombe, Buckinghamshire. Born in 1903 he followed in his father’s footsteps as a Furniture maker. Violin repairing was a hobby, which developed into a passion for instrument making.  Michael Dewey, has researched the Hoing story for an article for the Bucks Free Press, published in March 2014.  The article is published here with their permission.  READ MORE

Graham Oppenheimer has strayed from the traditional viola to play an electric instrument, and shares his experiences.  READ MORE

Research and observations from the 41st International Viola Congress in Krakow, September 11-15 2013.

The annual gathering of violists from around the world has, as one would expect, a focus on repertoire and recitals and research. However, the 41st Congress also served to demonstrate the versatility of the violist, and celebrate the array of areas in which proponents of the instrument engage, as  Andrew Filmer explains.  READ MORE

Chapter 8. Biographies of the contributors to the 2014 BVS Journal

Dr. Louise Lansdown: Louise is the founder and President of the English Viola Society (now British Viola Society), which started in September 2007, and was appointed Secretary of the International Viola Society in 2010. She was appointed Head of Strings at Birmingham Conservatoire in July 2012 after working as Senior Lecturer at the Royal Northern College of Music in Manchester from 2001-2012. Louise is Assistant Artistic Director of Pro Corda, the International Chamber Music Academy based at Leiston Abbey, Suffolk and Director of the Musical Encounters and Viola Courses. Louise was awarded a PhD from the University of Manchester in 2008 with the title: ‘The Young Paul Hindemith: Life, Works, Relationships, Influences and Musical Activities until 1922.’ She is a member of the Manchester based Pleyel Ensemble and plays on an eighteenth century French Viola, formerly belonging to Cecil Aronowitz, the first Head of Strings at the RNCM.

Michael Freyhan studied piano with Denis Matthews and violin with Manoug Parikian, while acquiring a music degree at Cambridge. He performs as a pianist and harpsichordist, but in former years also worked as a freelance violinist and viola player, touring and giving concerts and broadcasts in five continents. His special interest is in chamber music. He has been a coach at Pro Corda for many years and was the first Director of Music at the Purcell School. He has contributed to the inauguration of new courses at the RAM, has worked in opera, as a repetiteur at Glyndebourne, and has written and lectured in Europe and America on his musicological researches.

Nicola Grunberg started piano lessons at the age of five. She spent some years as Fanny Waterman’s pupil before going to the Royal College of Music where her teachers were Lamar Crowson and Kendal Taylor. After graduating from College she continued her studies with Professor Enrique Barenboim in Israel.

She has performed extensively as soloist, chamber musician and accompanist, appearing in all major venues in London and throughout the UK. She was married to the distinguished violist Cecil Aronowitz with whom she had a busy duo, performing at Concert Societies throughout the British Isles and broadcasting frequently for the BBC. They also performed as the Pro Arte Ensemble with Thea King, clarinet, and Terence Weil, cello. In 1976 Cecil and Nicola gave the first British performance of Shostakovich’s last work, the Sonata for Viola and Piano, at the Aldeburgh Festival in the presence of the composer’s widow.

After Cecil’s death Nicola continued her career as freelance musician. For several years she worked as official accompanist at the Britten-Pears School, the Mayer-Lismann Opera Centre in London, Stowe Opera, the Guildhall School of Music and Drama as well as for competitions, auditions, exams and diplomas. For many years she taught at the Purcell School of Music in London, and privately has taught at all levels from beginners to diploma standard. She now lives in Brighton.

Bernard Kane comes from Cardiff, Wales and began his musical studies as a chorister in the Metropolitan Cathedral of St. David, Cardiff. Bernard began playing the violin at the age of twelve, changing to the viola three years later. At the age of eighteen he won a place to study viola at the Royal College of Music in London where he was awarded an exhibition scholarship and later earned his B Mus (hons) degree.

After applying to Graduate Schools in the United States, Bernard was offered a full scholarship to study for a Masters Degree at Yale University which he completed in 1997.

Michael Dewey.  After working as a research metallurgist Mike was appointed Managing Director of a company providing research, development and testing services to industry and government agencies. He retired in 1999 and since then has developed interests in family and local history research. He writes a weekly Nostalgia page for his local newspaper the Bucks Free Press. He also gives talks about the recent history of his home town High Wycombe and about local villages in the Great War (WWI).

Graham Oppenheimer studied with Atar Arad at the RNCM and at Eastman School of Music, and with Alberto Lysy at the Menuhin Music Academy, Switzerland. He also worked under Thomas Riebl at the International Musicians Seminar, Prussia Cove and the Salzburg Mozarteum. He was former principal viola of the Chamber Orchestra of Europe under Claudio Abbado, a member of the English Chamber Orchestra and violist of the Schidlof Quartet. Graham continues to appear in numerous chamber music projects and has performed with many of the world’s leading quartets as guest violist for quintets from the Vermeer to the Pacifica. He makes regular visits to overseas festivals and has taught at International Summer Schools in the UK, Switzerland, Italy and the USA. He was invited to record Debussy Sonata for flute, viola & harp on RCA Red Seal with the legendary James Galway. Graham is Viola & Senior Chamber Music Tutor at Chetham’s School of Music and has his own International Viola Summer Course at Repton School. He plays on a fine example of a Southern German viola and uses bows by Sartory and Noel Burke.

Andrew Filmer presented research on Bach’s fifth cello suite at the 41st Congress, and launched the Comus edition of the suite co-edited with Donald Maurice. He was a New Zealand International Doctoral Scholar at the University of Otago, and is due to graduate with a PhD in musicology this December. Andrew holds a Master’s degree in viola performance from Indiana University.