In this competition the members of the jury are asked to assess each competitor on the basis of musicality, style, technique and presentation and the final judgement will be made on what is heard as the performance proceeds during the week.
The competition is exclusively for violists and is open to musicians of all nations not more than 30 years of age on 6th April 2019.

Details of the competition can be downloaded. Click TERTIS_BOOKLET 2019 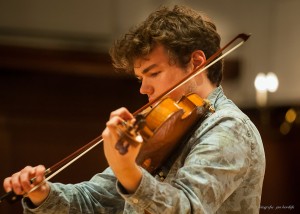 Timothy Ridout was the winner of the 12th Lionel Tertis International Viola Competition, held from 12-19 March 2016 on the Isle of Man. The 20-year-old received £7,000, a London recital and a viola bow from Bishop Instruments and Bows Ltd.

Second prize, worth £5,000, went to Manuel Vioque-Judde from France.

Third prize, worth £3,000, was awarded to Wenhong Luo from China.

A student at London’s Royal Academy of Music, Ridout won the inaugural Cecil Aronowitz International Viola Competition at the age of 19 in October 2014, and was awarded Second Prize at the 2015 Windsor Festival International String Competition.

Founded in 1980 and dedicated to British violist Lionel Tertis, the triennial Tertis Competition is open to violists of all nationalities up to the age of 30.

This year’s event attracted 90 entries from 25 different countries. Of these, 44 were chosen to compete in the live rounds for a jury comprising Festival president Yuri Bashmet, George Caird, Wing Ho, Garth Knox and Thomas Riebl.

First prize winner Timothy Ridout was the very first British violist to win the competition in its 36 year history.
Huge congratulations to Timothy on this amazing achievement. The British Viola Society is incredibly proud and thrilled.
—————————————————————————————————————
Lionel Tertis, the greatest viola player of the 20th century, died in February 1975, at the age of 98. A fund was set up with the primary objective of establishing an international Viola Festival to commemorate the work that he undertook for that instrument throughout his long and active life.

Such a competition would provide a unique incentive to the growing number of viola players all over the world who wish to pursue a solo or chamber music career. So the Lionel Tertis International Viola Festival & Competition was born.

This triennial event is now well-established and known throughout the musical world. Players of all nationalities are invited to take part in the competition, workshops and masterclasses which attract participants from over 30 countries. The event is administered by the Erin Arts Centre with funding from the Lionel Tertis Foundation and the Isle of Man Arts Council.

The link to the archive for this programme is below:
http://www.bbc.co.uk/programmes/p009y5wk
BRITISH VIOLA SOCIETY: MENU