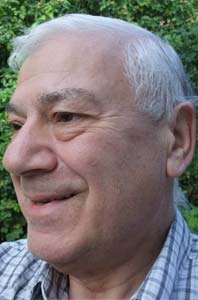 Michael Freyhan studied piano with Denis Matthews and violin with Manoug Parikian, while acquiring a music degree at Cambridge. He performs as a pianist and harpsichordist, but in former years also worked as a freelance violinist and viola player, touring and giving concerts and broadcasts in five continents.

His special interest is chamber music. A recording of Spohr Piano Trios by the Beethoven Broadwood Trio, in which he played an 1823 Broadwood grand, won an award in The Gramophone. He has been a coach at Pro Corda for more years than anyone can remember and was the first Director of Music of the Purcell School. He has contributed to the inauguration of new courses at the RAM, has worked in opera, as a repetiteur at Glyndebourne, and has written and lectured in Europe and America on his musicological researches.